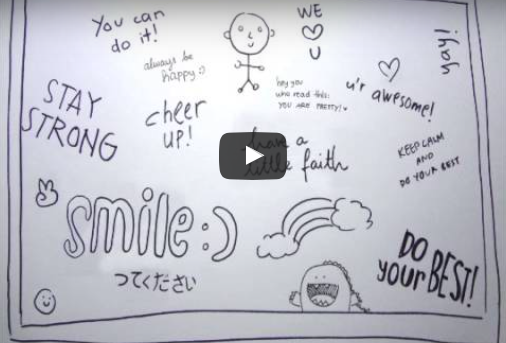 The competition is much fiercer this year, all the finalists surpassed our expectation and gave us a difficult decision to make. So when we finally released the announcement, we asked Marcel on what it feels like upon seeing his name and that he just won The Recruit 2014. This is what he has to say:

“Winning The Recruit 2014 for me is probably the biggest turning point in my life right now. I’m finally able to conquer my biggest hesitation of all- which is working in communication industry. I thought I was never going to be prepared for it. I had no idea a non-communication student like me would last until the final round, so kudos to Maverick for making all the phases unbelievably easy for all candidates to follow, even for a non-communication student like me and my fellow finalists. Now I can finally prove that communication is indeed for everyone- even to those who’re not studying it in the first place! If you have the will for it, everything is possible. I look forward to spend my days working for one of the respected PR consulting companies in Indonesia, and I know that it will be magical!”

And he leaves us with a quote too!

Marcel is a recent graduate from Bina Nusantara University where he majored in Computer Science. Marcel begins his journey with Maverick on September 2nd. For full story on how round 3 went please visit Maverick & Friends Facebook Page, and here to see his communication proposal on Anti Bullying.

Thank you to those who have participated. Until The Recruit 2015!

I’ve had enough! It’s Time I refuse to be Bullied

The Solace Board Initiative