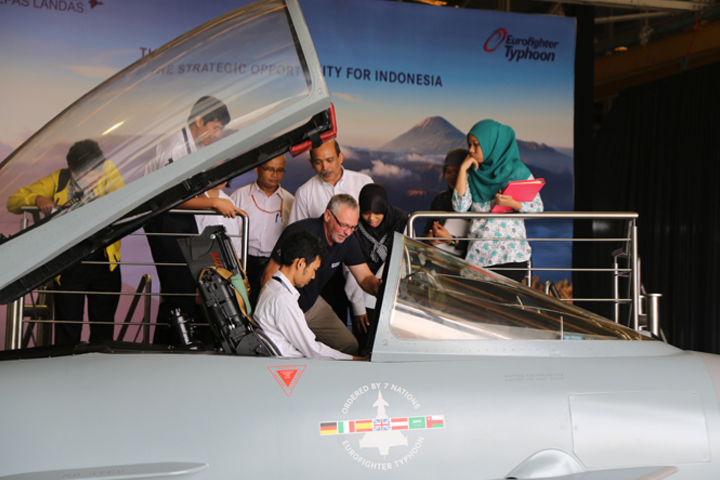 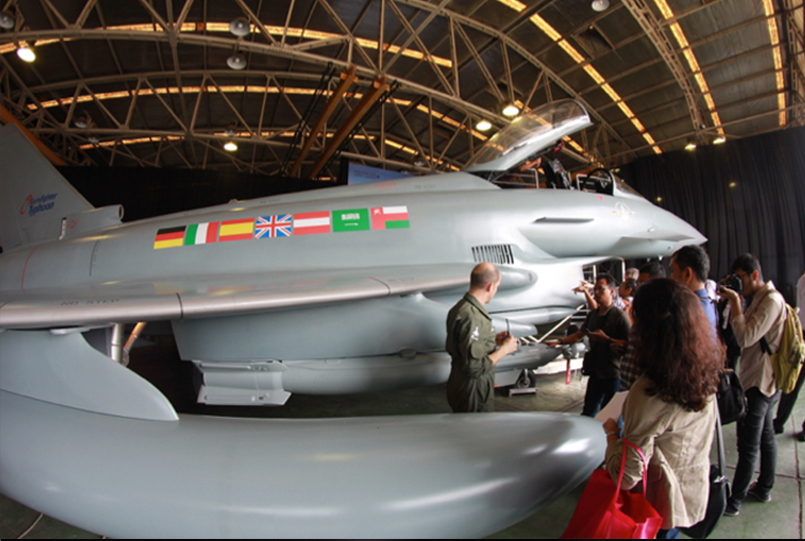 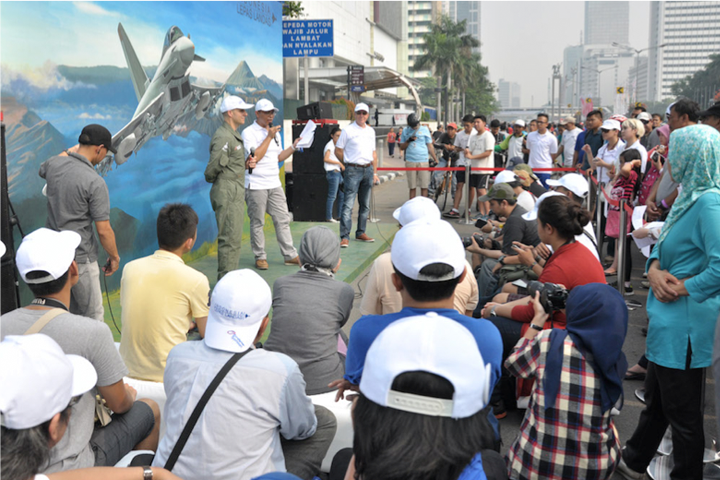 Eurofighter had no visibility in Indonesia when its fighter jet, the Eurofighter Typhoon, was shortlisted as a candidate to replace the nation’s aging fleet. Maverick was challenged to raise Eurofighter’s profile as one of the most viable fighter jets for Indonesia, especially when it came with Eurofighter’s intent to transfer technology to Indonesia.

On one level, it mirrored the optimism of the government and the people who had been enjoying several years of high economic growth, led by a new president that promised reforms and a larger role in global affairs. On another it appealed to the nostalgia of Indonesians for the 1980s that is still perceived as the Golden Age of Indonesian Aviation.

We conducted a publicity stunt to get Eurofighter a huge amount of buzz on social media. We set up a giant Eurofighter 3D Trick Eye Art of a Typhoon flying over Mount Bromo, one of Indonesia’s iconic landmarks, on Jakarta’s main thoroughfare during the popular Car-Free Day. We also worked with our Community Curators to identify and engage the influential members of the aviation and defense communities.

The buzz generated on social media helped pique the curiosity of the journalists. We gathered over 30 prominent media and TV stations at Eurofighter’s first Press Briefing prior to Indo Defence, the nation’s primary defense expo. This media interest was substantial for a brand that has not had any presence in Indonesia before.

We organized Fighter Jet MasterClass to deepen the knowledge of the media, aviation/defense communities and academics

Conducted by Eurofighter test pilots, participants were informed on what to look for when a country procures fighter jets. We then brought all the learning to life by taking them to a local state-owned hangar where they could see, and even get inside, a full-scale replica of a Eurofighter jet.

We helped Eurofighter engage the decision-makers in a constructive discussion

We piggy-backed on Indonesia’s National Technology Awakening Day organized by the Indonesian Ministry of Research, Technology and Higher Education. We worked with the Ministry to hold a high-level workshop aimed at outlining the vision and strategy for the development of the Indonesian aviation and defense industry.

A hike of over 1,000% in direct mentions on Indonesia’s social media sphere following the publicity stunt, as compared to before the campaign started

Immediately after the start of the campaign, Eurofighter Typhoon started to be quoted in over 40 news impressions on top-tier local media, generated by only the first press briefing, as a contending candidate to replace the aging Indonesian fighter jet squadron.

A Financial Times article noted Eurofighter’s unorthodox approach to use social media, saying that it was a refreshing change from the approach of most defense companies that lurked in the corridors of power with their lobbying machines.

Eurofighter achieved its objective to be considered as a serious player and at par with the other contenders, all of whom had been working on their visibility in Indonesia. 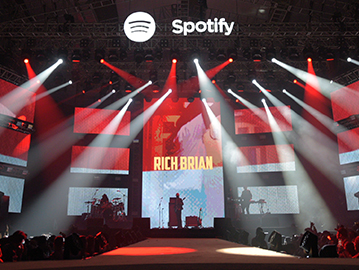