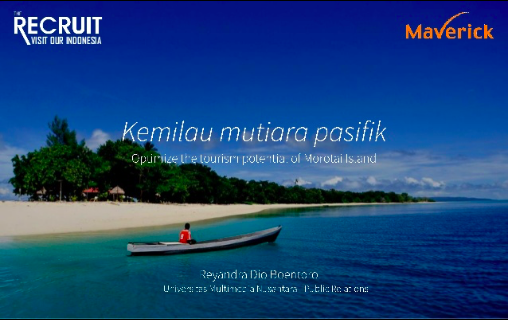 Last June, we held the finale of The Recruit 2016 at our office. Three finalists attended the finals as two others were unable to join due to personal reasons. Despite having only three finalists, this year proved to be yet another challenging year for us as all three finalists brought their A-game without hesitation in the finals.

The finals began with a proposal presentation where the finalists had to present and defend their campaign ideas that they have been working on the past month to our panel of judges. Next, they were given a chance to meet five of our consultants – whom they’d be working with if they were to intern at Maverick. These consultants represented different characters that the finalists would face in real work situation. All finalists managed to mingle with the consultants flawlessly. The finals ended with a series of personal interview with the management team. The interview format was similar to a real job interview to prepare the finalists should they face a job interview shortly after they graduate. The whole rigorous rounds lasted for seven straight hours.

This journey we put them through basically summed up what we do as communications consultants, from showing our experience in the industry with our creative bio, creating proposal that helps client build better communications, doing a presentation, networking, to dealing with the interviewers. After listening to all of the presentations, observing how they socialize with our consultants, and speaking with them in person, our panel of judges agreed to crown not one but two winners for The Recruit 2016. These two winners finally broke the tradition where, for the past four years of its execution, The Recruit never had a winner from Public Relations major. Finally, we have two!

Reyandra Dio Boentoro is a Public Relations student of Universitas Multimedia Nusantara (UMN). Fun fact: he’s also one of the finalists of last year’s Recruit. Coming back stronger than ever, Reyandra successfully brought strong will and determination that he paired with good thinking skills in his proposal. He’s been a serious contender from the start.

Being the youngest finalist, Kasyfil Warits from Public Relations of Universitas Indonesia showed that age matters not if you have the right skill set and attitude to match. He’s also one of the front-runners among other candidates from the first round.

Our special thanks go to Mas Arra, the Marketing Public Relations Manager of HM Sampoerna, for having spent some time with us as one of the panelists alongside our resident judges, Ong Hock Chuan (Partner) and Lita Soenardi (Partner).

To Rey and Kasyfil, welcome to Maverick!

Here are the top 5 proposals that made it through to the final round: